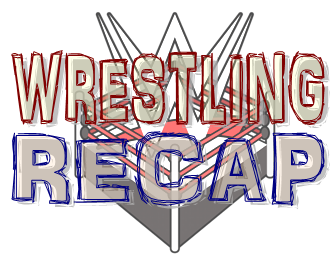 Anyway, yeah, most of the WWE’s focus coming out of Super Showdown has been on building towards Roman Reigns vs. Goldberg for the Universal Championship and the Fiend, Bray Wyatt, vs. John Cena. Both matches are scheduled for WrestleMania and both have the same, lazy build so far, leaving the bulk of Elimination Chamber’s narrative to centre around the Intercontinental Championship match (which is more a throwaway comedy angle, more than anything) and the women’s Elimination Chamber match…which clearly can only have one winner.

Still, we’re here, so let’s take a deeper look at the card as it stands…

So, Andrade is officially back from his Wellness violation and he’s been pushed right back into his never-ending feud with Humberto Carrillo; maybe the writers of this feud are the same knuckleheads behind the Roman Reigns/Baron Corbin rivalry that I still expect to reappear after WrestleMania.

Anyway, I think that Andrade’s suspension will play into the finish here; I’d love to say that the WWE are planning to give Humbetro a big babyface win at WrestleMania but I think he’ll be lucky to get on the main card at all no matter what happens here.

In a rare case of Raw’s storylines intersecting and crossing over, Aleister Black has finally taken a massive step up out of the quagmire of destroying random jobbers and has entered into a rivalry with AJ Styles and his O.C. buddies.

Sadly, this feud seems to merely be a placeholder as the WWE builds towards Styles/Undertaker at WrestleMania; because of that, I think this will merely be a stepping stone to remind audiences of how talented AJ is before he is destroyed by the Undertaker in seconds.

My prediction: AJ Styles by pin fall, probably thanks to the O.C.

After losing at Super Showdown, the Street Profits naturally got another shot at the Raw Tag Team Championships and won the belts…largely thanks to Kevin Owens but still, sure, why wait until WrestleMania to dethrone the delusional Rollins and his cronies?

I’m actually hoping that we’ll see the Authors of Pain slotted back into the championship scene, as they should have been all along, to retrieve the belts at WrestleMania. Maybe we can get the United States Championship on Rollins at Extreme Rules, or something, and get back on track towards my armchair booking.

My prediction: The Street Profits by disqualification, championships retained.

Officially added to the card just this week, Drew Gulak has been winding Daniel Bryan up in recently weeks and goading him into a confrontation. Apparently, Bryan wants to work with Gulak and give him a platform to showcase his talents more, though I’m not massively familiar with him as I don’t really following 205 Live.

In any case, if Bryan’s endgame is to allow new stars a chance to shine, I guess he’s going to take a loss here but only because Gulak will cheat, in some way, to ensure that the feud can continue a little longer.

My prediction: Drew Gulak by shenanigans (and pin fall).

Yep, apparently there are more than two tag teams on Friday Night SmackDown…who knew!? And, somehow, the Miz and John Morrison capturing the belts is enough to warrant an Elimination Chamber match for their first title defence.

Let’s be honest, everyone in this match is a complete geek and I really don’t care who wins or loses here. I will say this, though, it’s logically too soon for Miz and Morrison to lose the belts, especially if the WWE is hoping to give them some kind of meaningful reign but, as I type this, I think we’ll see them lose the belts, Morrison turn face, and the two face off at WrestleMania…

My prediction: The Usos by pin fall/elimination, new champions crowned.

So, because the WWE thought Goldberg being the Universal Champion made more sense than a mentor vs. former student story revolving around Bray Wyatt and Braun Strowman, Strowman is not only the Intercontinental Champion but is mired in a feud with former champion Shinsuke Nakamura, Sami Zayn, and Cesaro, who have cobbled themselves together in a weird stable that, now, exists only to make Strowman look amazing.

This match is literally designed simply to remind everyone how powerful Strowman is; I fully expect to see him make mincemeat of all three of these losers and probably only make an appearance in the Andre the Giant Memorial Battle Royal at WrestleMania.

But, maybe, it’ll be the start of a mega push for Cesaro to showcase his power against Strowman in increasingly over-the-top, competitive matches…

My prediction: Braun Strowman by pin fall (probably all three at once), championship retained.

The winner of this match will get a shot at the Raw Women’s Championship Match at WrestleMania and this has been the prevailing storyline in the WWE’s women’s division…except for Charlotte Flair’s life-changing decision about who she should face at WrestleMania.

Despite the WWE’s attempt to throw a curveball at us by weaving in the implosion of the Riott Squad into this match, this whole thing is just an arbitrary way of positioning Shayna Baszler as Becky Lynch’s opponent.

Perhaps the strangest thing about all of this, aside from Shayna biting Becky’s neck a few weeks back, is that Becky has been portrayed more and more like an arrogant, insufferable heel, which seems like a weird idea…unless the WWE is planning on having her jump to SmackDown after losing the belt as I can’t see Shayna working as a face…

My prediction: Shayna Baszler by submission/elimination.

And that’s about it; what do you think about this year’s Elimination Chamber? Do you think it’s overkill have two pay-per-views in the month before WrestleMania? Drop a line in the comments and pop back for the aftermath…